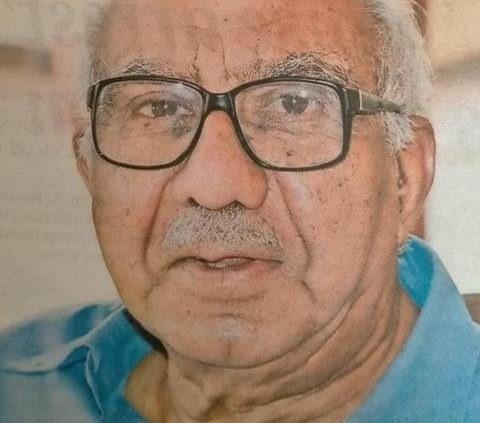 Dr Fitz de Souza, the former Deputy Speaker of Parliament, MP for Parklands, solicitor and a fighter for Kenya’s freedom died in London on March 23. He is survived by his wife Rornola, and children, Veena (Justin), Maya (Prashant), Roy (Aisha), Mark (Antke) and his many grandchildren. Dr de Souza was a lawyer and a politician by design.

In 1943, after finishing his secondary school education in Zanzibar, he headed to Magadi in Kenya where his parents worked. He was inspired by Mahatma Gandhi to become a lawyer and “carried within me a burning sense of justice on behalf all those to whom it was denied.” He would graduate as a barrister from Lincoln’s Inn and do his PhD at the London School of Economics. London at the time was spawning young fighters for freedom from many parts of the British Empire/Commonwealth.

In Spring 1952, Dr Fitz returned to Kenya “an idealist, determined to fight for equality of all Kenyans, for the rights of the underdog and the underprivileged, to oppose Colonialism and to bring about socialism, fairness, and independence for the country” He never faltered. The Fitz I knew was never an extrovert but never low in coming forward or taking a stand on a particular belief. Unlike a man he greatly admired, the softly-spoken but sometimes flamboyant Pinto, Fitz, as his legal training had ingrained in turn, considered all the risks and put his case firmly and without emotion. A politician but he was born a lawyer.

History will forever remember him as one of the lawyers who defended Jomo Kenyatta, Bildad Kaggia, K’ungu Karumba, Fred Kubai, Paul Ngei and Achieng Oneko (eternally remembered as the Kapenguria Six because they were taken there and formally charged with membership and management of the Mau Mau). The legal team was led by Denis Pritt and included H.O. Davis (Nigerian), Chaman Lal, Achroo Kapila and Jaswant Singh. The trial will always be remembered for all the wrong reasons: The judge was paid off, so were the many witnesses and chief manipulator was the then governor of Kenya, Sir Evelyn Baring. However, it was during this period that Fitz impressed Jomo Kenyatta and their friendship remained forever.

It was during the trial that Kenyatta told Fitz: “I am not the leader of the Mau Mau, I do not believe in violence. I believe you can achieve your goals without violence. But in any political party there are always some who believe you have to go further, you have to fight, and I know who they are — they are my friends, they are in this party (Kenya African Union), they are with us all the time. But I am not going to do the job for the British government and expose them and fight against them.”

“The British would like (Africans) to fight with each other and make this into a semi-civil war; they are killing our supporters and we are killing their supporters, and I am not going to allow that at all. I know what I want and they know what they want, our objectives are the same….”

Kenyatta’s regard for Fitz was so high that he asked him to take his place at the second Lancaster House Conference on Kenya’s in-dependence. Kenyatta sat behind him. No one complained. Kenyatta trusted him implicitly.

Fitz told me often how Kenyatta pressed him to buy choice farms from the exiting colonials. In fact, President Kenyatta wanted to “give” him four or five farms. Fitz explained that he could not accept the generous gift because he was not a farmer and that the land should be given to people who deserved it. Then Fitz was offered the position of Attorney-General, a Cabinet position, but he was quite happy in his role as deputy Speaker of the Parliament.

His book Forward to Independence: My Memoir (large chunks of it were serialised by The Nation) is a historical document if only because it provides an honest eyewitness account of the politics, politicians and truth behind much before was only conjecture. I have always had this nagging feeling that there was much more that he could have revealed but being the lawyer that he was, he chose not to.

Similarly, Mahatma Gandhi converted him into socialism, which he tried to practice as best as he could, but like so many others in the Kenyan tapestry were swept up by capitalism, honest capitalism which is considerate of others. Among other things of note the book outed: the former South African-born Bruce Mackenzie (minister for Agriculture) as an Israeli and British spy who was always short of money and was allegedly assassinated by Uganda’s Idi Amin via a bomb disguised as a gift that blew up the plane aboard which Mackenzie was returning to Kenya.

Charles Njonjo introduced Tom Mboya to Fitz (they had known each other for many years) as the man most likely to succeed. Njonjo was interested in the defence of the Kapenguria Six. He provided an eyewitness account of the shouting match between Pinto and Kenyatta in the grounds of Parliament House. He advised his friend to tone things down, even suggesting that Pinto did not have the support to take on President Kenyatta. Fitz was also an astute businessman. I must confess my slight bias in that I have always regarded him the greatest Kenyan Goan I have been privileged to have known.

While he was with us he enriched our lives even though we may not have been aware of it. In his death we are diminished, some more than others. Hilary Ng’weno (one of the fathers of modern Kenyan journalism) on Fitz’s fantastic memory: “I had never met an elderly person who could remember so many details of his past. I would ask the same question after a few weeks and he would reply almost in the same words and phrases he had used before. He was remembering personalities and events of the years before and soon after Kenya’s independence in 1963 and Fitz was not just remembering events touching on his life. He was remembering Kenya’s history of which he was one of the great makers. The story you read in this book (Forward to Independence) is not a story just about Fitz. It is a story about the foundations of the Kenya nation. And it is for that reason that I feel strongly that Fitz Remedios Santa de Souza will forever remain a legend for many Kenyans.”

Rest in Peace, my friend.

Courtesy of the Sunday Nation