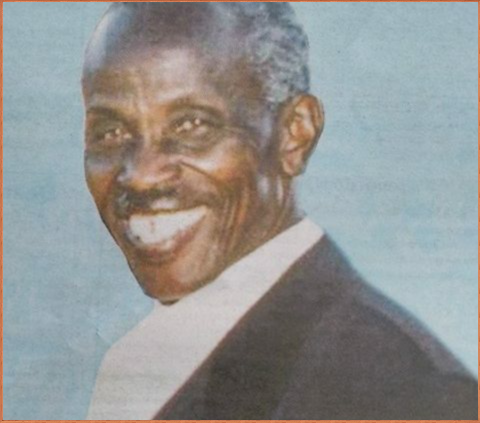 Our Patriarch Has Rested

It is with God’s Love and Grace that we wish to announce the resting of our beloved patriarch, time David Mokaya Bosire was a retired Veterinary Officer at the Ministry of Agriculture and Livestock. David rested on the morning of Thursday 19 2020 at the age of 84. He lived a fulfilled life.

In acknowledgement of the times, a church celebration will be held at Geke SDA Church on the 26th March, 2020 as from 10 am.

David will be interred at the family’s Nyambaria farm on 27th MAR 2020.

We welcome relatives and friends who are not able to be there physically to join us to view the service online by contacting Steve on +254 711 582349 for details,

“The Path of righteousness is life, and in its pathway there is no death” Proverbs 12:28